Hello and welcome to SIBO Diet Recipes. My name is Samantha Wellspring N.D. and I am the author and creator of this website and blog. I graduated from National College of Natural Medicine in Portland, where I earned a doctorate in Naturopathic Medicine. 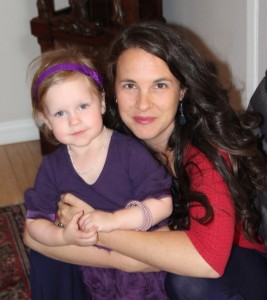 If you are not familiar with naturopathy, let me tell you about it. Naturopaths are board certified primary care physicians that specialize in natural medicine. In addition to learning everything a traditional doctor learns (including pharmacology) we are also trained in botanical medicine, nutrition, homeopathy, hydrotherapy and physical medicine manipulation techniques. Our focus is on preventative health care and treating the whole person. We strive to uncover to the root cause of our patients’ disease. Since we know that we literally are what we eat, we acknowledge that what we eat is so very important. Much of the work we do as naturopathic physicians is to retrain patients how to eat in a way that supports health and well being since the nutrients taken into our bodies are the fuel for every function in the body.

How I got diagnosed with SIBO

I was inspired to start this website and blog because I was diagnosed with SIBO about a year ago after having such horrible digestive troubles that I was reacting to pretty much all foods…to the point where all I could eat was broth. I was so miserable and at my wits end. After doing the diagnostic breath test to determine if I had SIBO, I found out I had both the methane and hydrogen-producing bacteria. If you are not familiar with the breath test let me briefly explain. Methane producing bacteria typically cause constipation and hydrogen producing bacteria typically cause diarrhea. When a person has an overgrowth of both strains of bacteria, they can experience both diarrhea and constipation at the same time, which is horribly uncomfortable, and not to mention extremely confusing! Find out more about the SIBO breath test. 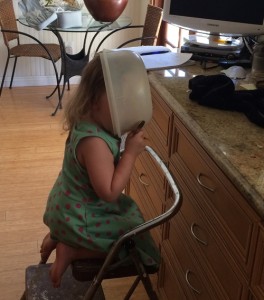 Treatment for SIBO involves taking antibiotics, herbal antibiotics or doing the elemental diet which are all aimed at wiping out the overgrowth of bacteria in your gut. The idea is, after clearing out the overgrowth following either the SIBO specific food guide, FODMAPS diet, Specific Carbohydrate Diet or Cedar Sinai Diet to discourage the growth of bacteria in your small intestine.

The SIBO Specific Diet was developed by Allison Siebecker ND and true to its name, it is the only diet specifically designed to treat SIBO. It is the most effective diet to use for treating difficult cases of SIBO. After taking my first round of antibiotics I started using the SIBO Specific Food Guide. I was already gluten free at the time, but that did not at all prepare me for this crazy change in lifestyle! I found it complicated and hard to follow but the truth is it works and is worth the trouble.

I didn’t know what to eat!

When I first started on the diet I didn’t know what to eat. The diet was so specific and complicated I usually just ended up making a salad because it was fast and easy. Ouch! That turned out to be a big mistake (raw foods are not well tolerated in the beginning of the reintroduction period). I ended up having to take a second course of antibiotics. The second time around I was better prepared. I had enrolled in Advanced Gastroenterology, which is the study of the digestive system and was taught by Dr. Allison Siebecker ND, Dr. Steven Sandberg Lewis DHANP and Dr. Lisa Shaver ND, all experts in various gastrointestinal disorders. Dr. Siebecker ND specializes in treating SIBO and created the SIBO Specific Food Guide. After taking the class I learned so much more about the condition and how to treat it. I learned the nuances of the reintroductions of foods, avoiding raw foods, addition of lactose free dairy and much much more (detailed in my How the SIBO Diet Works page). After my second round of antibiotics I was determined to do the diet properly and get back to feeling normal again. I bought a bunch of cookbooks and decided to get creative in the kitchen.

Letting my Creative Inner Child go Crazy in the Kitchen 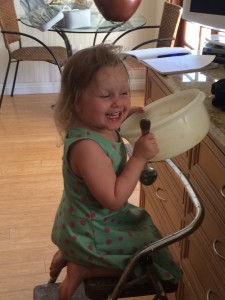 It looks like I get the official seal of approval. Muffins are a success!

I have always loved cooking and have worked as a chef in the past so it was not a stretch to get creative in the kitchen. I love food and was sick of eating the same old boring thing night after night. As my diet improved so did my symptoms. I was eating such yummy food and feeling great. I didn’t even miss grains. I felt so good, my energy improved, I shed some unwanted extra weight and I decided I didn’t really care to go back to eating grains even when I was able to tolerate them again.

A lot of people have it but don’t realize that it is a diagnosable disorder, and more importantly, treatable. I saw many of my friends being diagnosed with SIBO and having the same problems I had. They were overwhelmed by the diet and ended up giving up on it before it had been sufficient time and then they never were able to get rid of the SIBO. The reintroduction of food is the most critical part of the treatment of SIBO. Antibiotic treatments are worthless if you don’t follow them up with the proper diet that helps to reestablish the proper flora in your gut.

I’m not going lie, it was a long hard road to recovery for me, but it IS possible. You can do it! Don’t give up! We can do it together and enjoy ourselves along the way. Hope you find this to be a helpful resource.